The Town of Leicester, for the majority of its visitors and residents, appears to be a town that throughout its history has remained largely rural and agricultural. However, a closer look at the community reveals Leicester’s industrial past.

Purchased in 1686 by a group of businessmen from Roxbury, Leicester was incorporated in February of 1713. The town was first called Towtaid, which was the name given to this place by the Nipmuc group that had sold the land, and later Strawberry Hill since wild strawberries grew in great quantities. The name Leicester was finally settled upon, after Leicester, England where the father of the first selectman, Thomas Green, had originated.

The area was abundant with small rivers and streams feeding into both the Blackstone and Quinneboag River Valleys. This abundance of water allowed numerous grist, fulling, and saw mills to be constructed by time of the American Revolution. 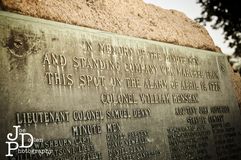 During the war for independence, Leicester played a significant role. Its standing militia company and its company of minutemen marched to Lexington and Concord to aid in the defeat of the British regulars. The term “minuteman” itself has its origins in Leicester. At a meeting of the Committee of Safety in 1774, Colonel William Henshaw of Leicester first suggested its use when he stated, “we must have companies of men ready to march upon a minute’s notice.”

The Town Of Leicester is a community that epitomizes the farm to factory movement which occurred in the early part of the industrial revolution. As mills were being built all over New England where water power was available, Leicester began to construct larger and better mills to replace the small pre-industrial mills that dotted the landscape.

Leicester beginning in the mid 1780’s began a focus on the manufacture of hand cards, tools used in the making of cloth. When Samuel Slater was building his Pawtucket Mill, he could not get his carding machine to operate. He then began to work with Pliny Earle of Leicester, who was engaged in the production of hand cards and known locally as a mechanical tinkerer. Earle built Slater’s carding machine and Slater’s Mill began its production, signaling the beginning of America’s Industrial Revolution.

By the time of the Civil War, Leicester was an active and vibrant place. There were carding and textile mills operating in villages of Leicester Center, Greenville, Cherry Valley, Rochdale, Mannville and Lakeside. When the war broke out between the states, those who made a living from the mills did not want to see their livelihood destroyed. It is also for this reason that the community did not openly embrace the abolition movement that was sweeping the area. Wealthy mill owners did not want to see their textile supplies disappear and thus did not support the movement. When one of the town’s prominent citizens became deeply involved with the movement, a conflict broiled in the community.

Rev. Samuel May was pastor of the Unitarian Church, a position he was asked to vacate when mill owning parishioners felt he was devoting too much time to his position as Secretary of the Massachusetts Anti-Slavery Society. May had worked with many prominent abolitionists such as Lucy Stone and Abby Kelly Foster. May’s home on the east end of the town common is a confirmed site on the Underground Railroad. After May’s death, Booker T. Washington along with members of the Tuskegee Institute delivered a speech on May’s work on the steps of the Unitarian Church that May had been asked to leave.|

The 1880’s saw the beginning of the decline of industry in Leicester. At the height of the industrial revolution, one-third of all hand and machine cards made in North America were produced in Leicester. Other famous industrialists such as Elias Howe as well as Henry Graton and Joseph Knight also got their beginnings in Leicester’s carding industry. However, the new cheap labor available in the south forced many companies to sell their businesses which were then closed and moved south.

Yet, most of the mill villages remained active until well after the Second World War. Village pride ran high, each remaining staunchly independent, with their own fire companies, schools and sports teams. The end of Leicester’s textile industry came in 1991 with the closing of Worcester Spinning & Finishing in Cherry Valley, and although the industry itself is gone, there are constant reminders in the form of mills and housing. These are the legacies of Leicester storied past.

This past, along with the existence of the old mills, and the mill houses, and village constructs is why Leicester is part of the Blackstone River Valley National Heritage Corridor.

Leicester currently is town with a population of approximately 11,000, of which 1,900 are school age, and 2,200 are senior citizens.  Although the majority of the residents commute to work in other cities or towns, there are over 300 businesses in town, including several restaurants, several working farms, three golf courses, two Frisbee golf courses, a nursing and rehabilitation facility, gymnastics training, numerous personal and professional service businesses, numerous other small businesses, plus Tractor Supply, Inc, and Walmart.

There is a section of town around the Town Common that has been designated a Historic District, including the May House on the Becker Campus.

Town Government is New England Town Meeting style with a Town Administrator managing the day to day activities overseen by a board of five selectmen.

From Leicester you can get to Worcester Airport in minutes, and to any of the other four major New England airports (Boston, Providence, Hartford, Manchester) in approximately an hour.